IAPMO Oceania, The IAPMO Group’s Australia-based third-party product testing and certification provider, in partnership with the Plumbing Industry Climate Action Centre (PICAC), recently assembled more than 50 leaders from the fields of science, engineering, energy production and the plumbing and gas fitting industry to participate in a Hydrogen Roundtable at the Royal Society of Victoria. 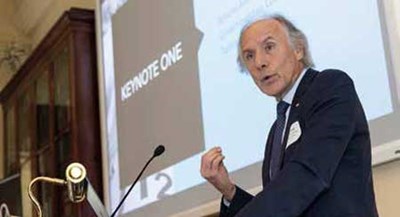 Hosted by Royal Society of Victoria President Rob Gell, an authoritative voice on the environment, the roundtable featured keynote presentations from AEMO, AGIG, Climate Works, Countrywide Renewable Energy, Siemens and Ampol, and commenced with an address by Dr. Alan Finkel, special advisor to the Australian Government on Low Emissions Technology and chair of the Technology Investment Advisory Council.

“Every day the benefits of hydrogen, especially green hydrogen, which is produced using renewable energy, are becoming clearer,” said Paul Bonsak, IAPMO Oceania managing director. “We have some enormous natural advantages here in Australia, and especially in Victoria, with our gas networks. There is a great deal going on in the hydrogen space, and we need to make sure we capture the intelligence and share it. That is what the roundtable was all about — bringing together the people with the knowledge and ideas about how we can turn hydrogen from a bit player into a major player in terms of the energy mix.” 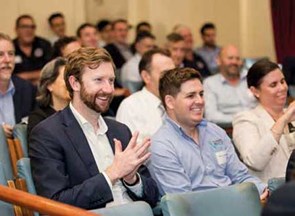 Green hydrogen has enormous potential as a domestic fuel source, and industry feedstock and as an export earner for Australia, according to the participants. To reach its potential, presenters stated, the industry must find a path to scale up and develop the products, systems and skills needed to make the use of hydrogen mainstream.

The IAPMO Group develops codes and standards, including for gas- and, prospectively, hydrogen-utilizing products, that protect humankind on six continents.

“Consumers need time and confidence to get used to the idea of hydrogen,” Bonsak said. “Products, especially safe hydrogen products, are going to be key to building consumer confidence and to the success of this industry. That’s IAPMO’s focus, but it is going to take a variety of different parts of the sector working together to make the industry take off, including training, which is where PICAC is so important, but also regulation, government policy, production, transport, the whole supply chain. That’s why we thought a roundtable approach would help and it certainly did. We have some real momentum and clarity coming out of the discussions.” 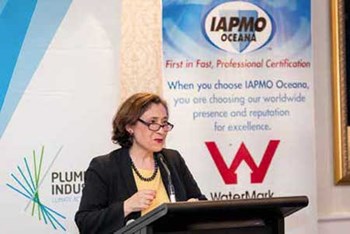 Reflecting the fact reaching the potential for hydrogen will be a joint effort between government and industry, the event culminated with a dinner address from the Hon. Lily D'Ambrosio MP, Victorian minister for Energy, Environment and Climate Change.

“The Roundtable was a great success, with high levels of engagement from participants,” Bonsak said. “Industry now has a better and shared understanding of the current industry blockers, and facilitators, and how, as an industry, we can work together to clear away roadblocks and find the path to a green hydrogen future for Victoria and Australia.”

For more information, please contact Bonsak by email at paul.bonsak@iapmooceania.org, by phone at +61 03 8684 9580 or direct your web browser to iapmooceania.org.